No organization is immune to complaints and criticism. In this article, consulting firm Herrmann shares a practical example of how trading company Janssen* was able to drastically turn around the way it handled complaints.

Trading company Janssen supplies valves. It has a staff of circa sixty people, more than half of whom regularly interact directly with clients. The market in which the company operates is a tough one. Competition is fierce and client retention is a constant struggle. Excellent quality, fast delivery times and constantly meeting clients’ expectations are the factors that determine a company’s success in this field.

Most of us do not like to be told that we did something wrong. Still, there are myriad reasons to give serious thought to complaints. For example: are there any lessons to be learned? Did you make optimal use of the resulting situation? Something going wrong is a chance for you to truly show your worth and prove your commitment to the client efficiently, right?

Are you saying that it is best not to have your own people conduct any audits at all?

Janssen’s clients frequently indicated they were unhappy with the way the company handled their complaints. The directors therefore decided to re-examine their complaints handling procedure.

In close collaboration with Herrmann, a plan that contained the following points of attention was devised:     –  clear and meaningful agreements regarding the way complaints are handled;     –  open and constructive communication about complaints, both internally and with the client.

The goal was to handle complaints faster and in a manner that was more satisfactory to clients.

The improvement process began with a session under Herrmann’s supervision during which several members of the commercial staff explained how complaints were being handled. This session had a few surprising outcomes. To begin with, it became clear that people’s views on what constituted a complaint varied wildly. There was also a lack of clarity regarding the authorities and responsibilities related to the handling of complaints. The result of the session was a list of issues to be resolved.

Next, various actions were initiated and employees were asked to come up with suggestions of their own. Among other things, the CRM software was modified to ensure better monitoring and analysis. Authorities were assigned to facilitate the rapid handling of complaints. Lastly, new agreements were made about response times, monitoring, and the analysis of complaints.

Now that there was clarity, it was time to focus on implementing the changes. Members of all departments took part in brief workshops that focused extensively on the underlying thought. The company’s supervisors also had their hands full: they had to make it possible to discuss complaints in a positive manner, uncover the root cause and stimulate improvement measures. These are all crucial aspects in order to achieve the desired result.

Following the implementation of all these initiatives, the results were clear: the average time it took to handle a complaint was reduced from thirty days to just thirteen days. An impressive twenty-three improvement actions were taken. The average score the company received from its clients went up almost an entire point.

To err is human; this is as true today as it has always been. Being open to criticism, learning from your mistakes, using these lessons to strengthen your organization, showing commitment; these things are not always easy, but they are certainly meaningful and important. If you can do that, you will get a little bit better every day and you will soon leave your competition in the dust.

* The names of the organizations are deliberately fictitious 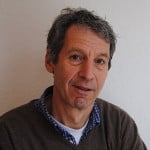 Implementing a new QMS at your business can create a good deal of value for your enterprise, provided you take the right steps ...
Start Reading
Otto de Graaf 10/06/2022 5 min read

How to create a Culture of Quality with No-Code

To empower teams and build a quality culture throughout the organization, we’re launching the AlisQI Academy. Our courses are ...
Start Reading